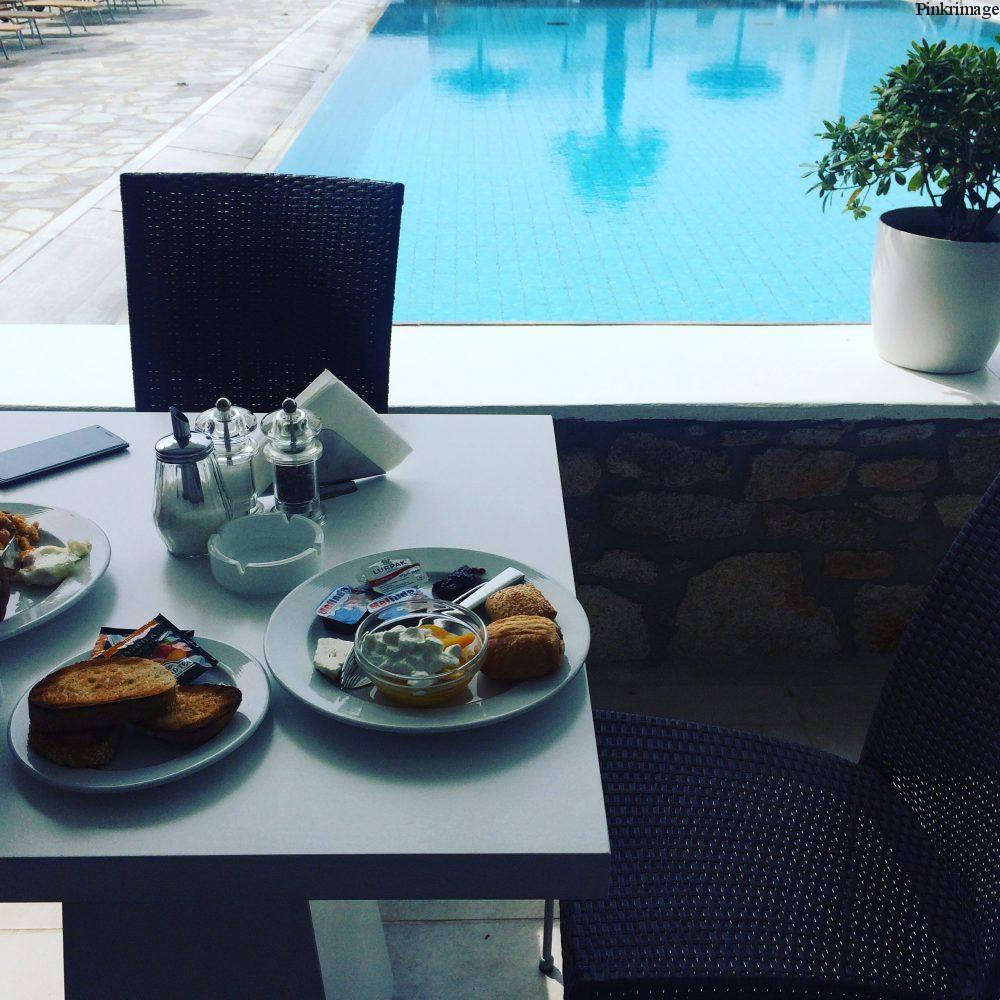 Breakfast by the pool

As promised, Part 2 of my Greece trip featuring Mykonos Island is up. You can read about Part 1-Santorini Here. So we had two days for Mykonos and stayed in Hotel Yiannaki, Mykonos. It is a gorgeous hotel right behind the Ornos beach. Mykonos is really just famous for its super happening beaches and the nightlife in Mykonos You can see people flying kites or parasailing on the beaches. If I had my say, i prefer Santorini to Mykonos.

We did a walking tour of the island and saw the old windmills and the port town. We also saw a lot of churches as Mykonos majorly comprises of Greek orthodox followers. The church of Paraportiani is very beautiful with little blue domes and white architecture. This island is famous for nightlife in Mykonos and has many clubs and pubs for night tourists.

The cutest thing about Mykonos is Petros the pelican. The isalnd originally had just one pelicas who was called Petros by the locals and was the mascot of the island. Unfortunately he was hit by a car and died. So one other pelican was donated to the island who is also named Petros. He is loved equally by the local and tourists alike.

We couldn’t do the Delos island tour which is a archeologically rich island and daily tours are arrranged from Mykonos but i have heard it is worth it!

P.S. Mykonos is very cold in the month of May so it is always better to pack in a jacket!

To Travel is to Live : My Travel Diary + Rare Facts About the World

First time travelling? 5 Travel Essentials You Should Be Packing

Top 10 Places to Visit in Udaipur + Udaipur City Palace Tour – How to Plan a Trip to Udaipur, India

This site uses Akismet to reduce spam. Learn how your comment data is processed.

Read all about Beauty, skincare, lifestyle, and parenting on this one-stop blog that covers the latests topics in the field of beauty and also shares slice-of -life experiences from the parenting chronicles to help new mommies.